One of the signs of the universality of William Shakespeare's plays is undoubtedly their influence on plays written by other playwrights throughout the world. This is also true of Slovene playwrights who have been attracted by Shakespeare's plays right from the beginning of their creativity in the second half of the eighteenth century, when Anton Tomaž Linhart (1756-1795) wrote his tragedy Miss Jenny Love.-However,-Slovene knowledge about-Shakespeare and his plays reaches back-into the seventeenth century, to the year 1698, when a group of Jesuit students in Ljubljana performed a version of the story of ''King Lear in Slovene. The Jesuits used Slovene in theatrical performances, which were intended for.the broadest circles of the population. The first complete religious play, written in Slovene, is Škofjeloški pasjon (The Passion Play from Škofja Loka), which was prepared by the Cistercian monk Father Romuald. Since 1721 this play was regularly performed at Škofja Loka for several decades, and at the end of the twentieth century its productions were revived again.

In December 2009 two hundred and twenty years will have passed since the first production of Anton Tomaž Linhart's comedy Županova Micka (Molly, the Mayor's Daughter). It was first performed in Ljubljana by the Association of Friends of the Theatre on 28 December 1789, and it was printed in 1790 together with Linhart's second comedy, Ta veseli dan ali Matiček se ženi (This Happy Day, or Matiček Gets Married; which was also published in 1790, but not performed until 1848). These comedies represent the climax of Linhart's dramatic endeavours. Linhart's first published play was Miss Jenny Love (1780), which he wrote in German. In the first chapter of my study 1shall discuss the adaptation of Shakespeare's texts for the theatre, which was not practiced only in Austria and Germany, but since the 1660s also in England. Further on I discuss also Linhart's use of language as the "means of communication". In a brief presentation of Linhart's life and his literary creativity I shall suggest some reasons for his views on life, religion and philosophy. They can be seen in his translation of Alexander Pope's "Essay on Man" as well as his appreciation of Scottish poetry. The influence of German playwrights belonging to the Sturm and Drang movement (e.g. G. T. Lessing, J. F. Schiller, F. M. Klinger) has been frequently discussed by Slovene literary historians, and therefore it is mentioned here only in passing. Slovene critics have often ascribed a very important influence of English playwright George Lillo on Linhart' s tragedy Miss Jenny Love, but its echoes are much less visible than the impact of Shakespeare's great tragedies, particularly in the structure, character presentations and the figurative use of language in Linhart's tragedy. 1shall try to prove this influence in the final part of my study.

Because my study is oriented towards British and Slovene readers, 1had to include some facts which may be well-known to one group or to another group of readers. Nevertheless I hope that they will all find in it enough evidence to agree with me that Shakespeare's influence on Linhart's play Miss Jenny Love was rather important. 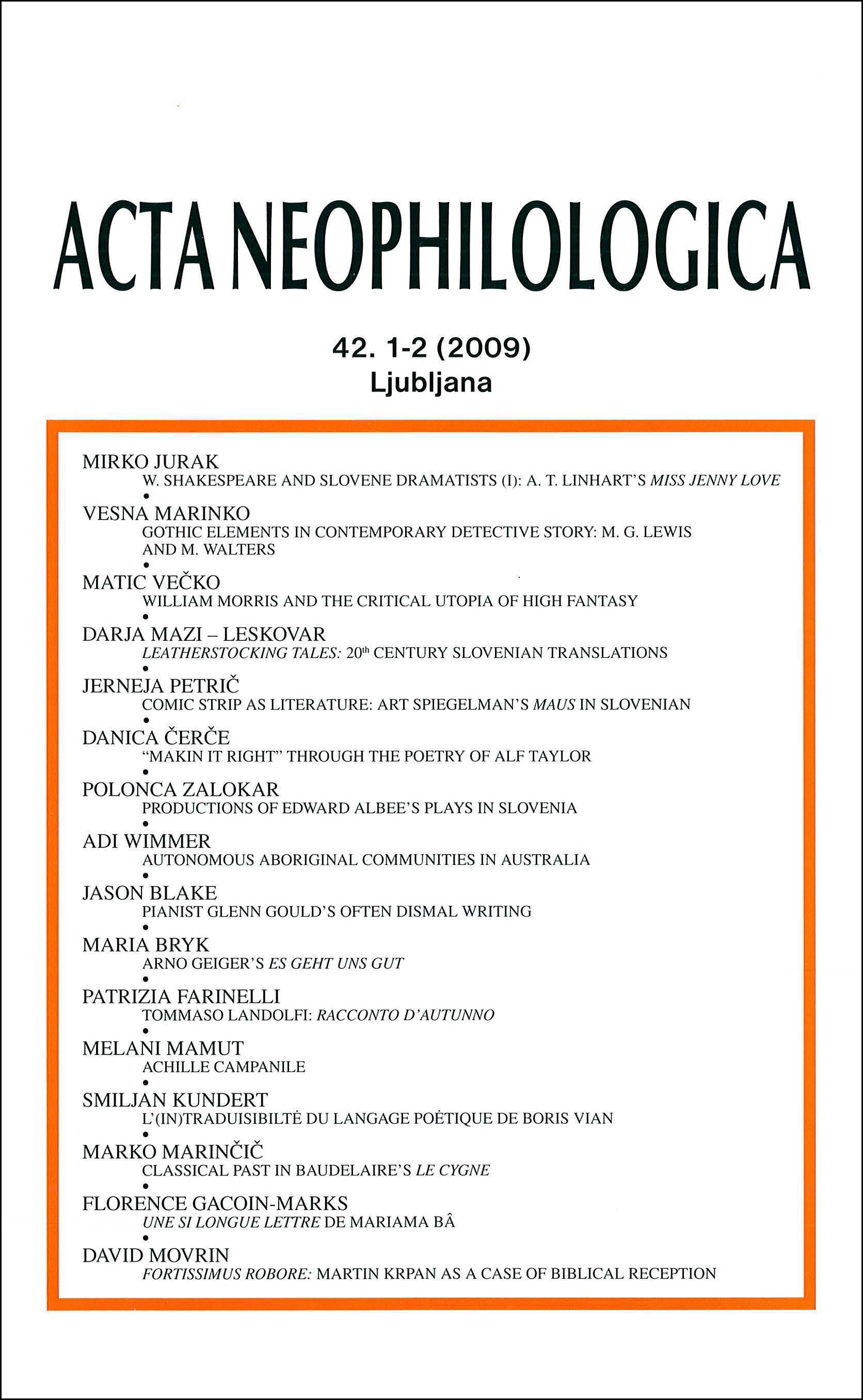