Since the late 1920s and his first novel, Cup of Gold (1929), there has been little consensus about John Steinbeck's work, and he has often been praised or dismissed for the wrong reasons. In the wake of the novels with the sweeping reach and social consciousness of In Dubious Battle (1936), Of Mice and Men (1937), and The Grapes of Wrath (1939), and despite the prodigious and startlingly diverse output of his career, Steinbeck was generally regarded as one of America's foremost engaged artists. However, the truth is that be was as much a postmodernist and a modernist, as a traditional proletarian writer. And though be made a significant contribution to the perception of the problems of his time by writing with empathy, clarity and a strong sense of justice about the downtrodden, the exploited, and the defenseless, which contributed to his immense public success, Steinbeck's novels lose none of their richness and power when removed from their historical context. With the human dilemmas on many levels of personal, philosophical, and socio-economic existence, and their deep humanistic, philosophical and ecological message, conveyed through numerous Biblical, Arthurian, and literary allusions, his works are as relevant today as they were when they were written.

Appropriate enough, and given that this year marks the centennial of John Steinbeck's birth, celebrated with a year-long series of events taking place throughout the United States and paying tribute to the winner of the 0. Henry Short Story Prize, the Pulitzer Prize, and the Nobel Prize for Literature by examining his legacy in American literature, film, theatre and journalism, and providing new information about the enduring value of his writing, this paper aims to capture the writer's reputation in Slovenia. The plan is to briefly analyse the most illustrative examples of Steinbeck criticism accompanying Slovene publications of his works; then to loosen the hold of deeply entrenched positions of Slovene reviewers, and to highlight the importance of considering Steinbeck's texts from new, insightful and politically unbiased perspectives of contemporary critical engagement. And last but not least, this discussion might hopefully induce Slovene publishers to new printings and translations of Steinbeck's works. 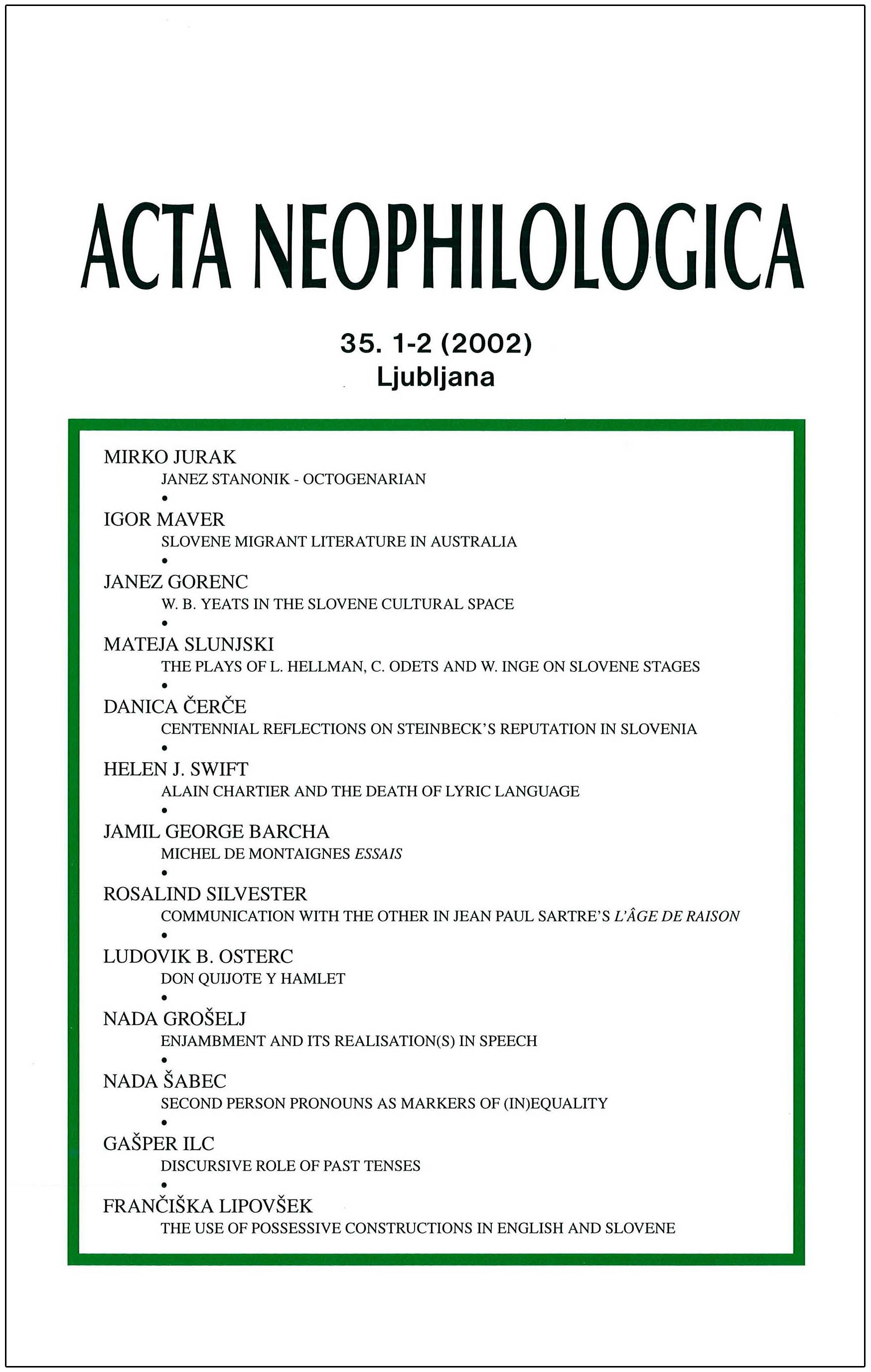