This article addresses the modifications of the term mindfulness in sinicized meditation practices derived from Indian Buddhism. It attempts to shed some light on these modifications from two different aspects: first the classical Daoist meditation practices were analysed, and this showed why and in what way did the Daoist terminology function as a bridge in the initial phase of translating Buddhist concepts and the sinicization of Buddhist philosophy. The second aspect focused on the concept of mindfulness. The author addressed the development of the original etymological meaning and the later semantic connotations of the concept nian 念, which––in most translated literature––represents synonyms for the term sati (Pāli) or smrti (Sanskrit), from which it is translated into awareness (in most Indo-European languages) or mindfulness (in English). Based on the analysis of these two aspects the author showed the specifics of the modification of the term mindfulness in Chinese meditative practices as they were formed in the Buddhism of the Chan 禪 School. The various understandings of this concept are shown through the contrast of the interpretations of the notion of nian 念 in the North and South Schools of Chan Buddhism.

---. 2012. “Structure and Creativeness: a Reinterpretation of the Neo-Confucian Binary Category Li and Qi.” In Origin(s) of Design in Nature: A Fresh, Interdisciplinary Look at How Design Emerges in Complex Systems, Especially Life, edited by Liz Swan Stillwaggen et al. 273–85. Dordrecht et al.: Springer. 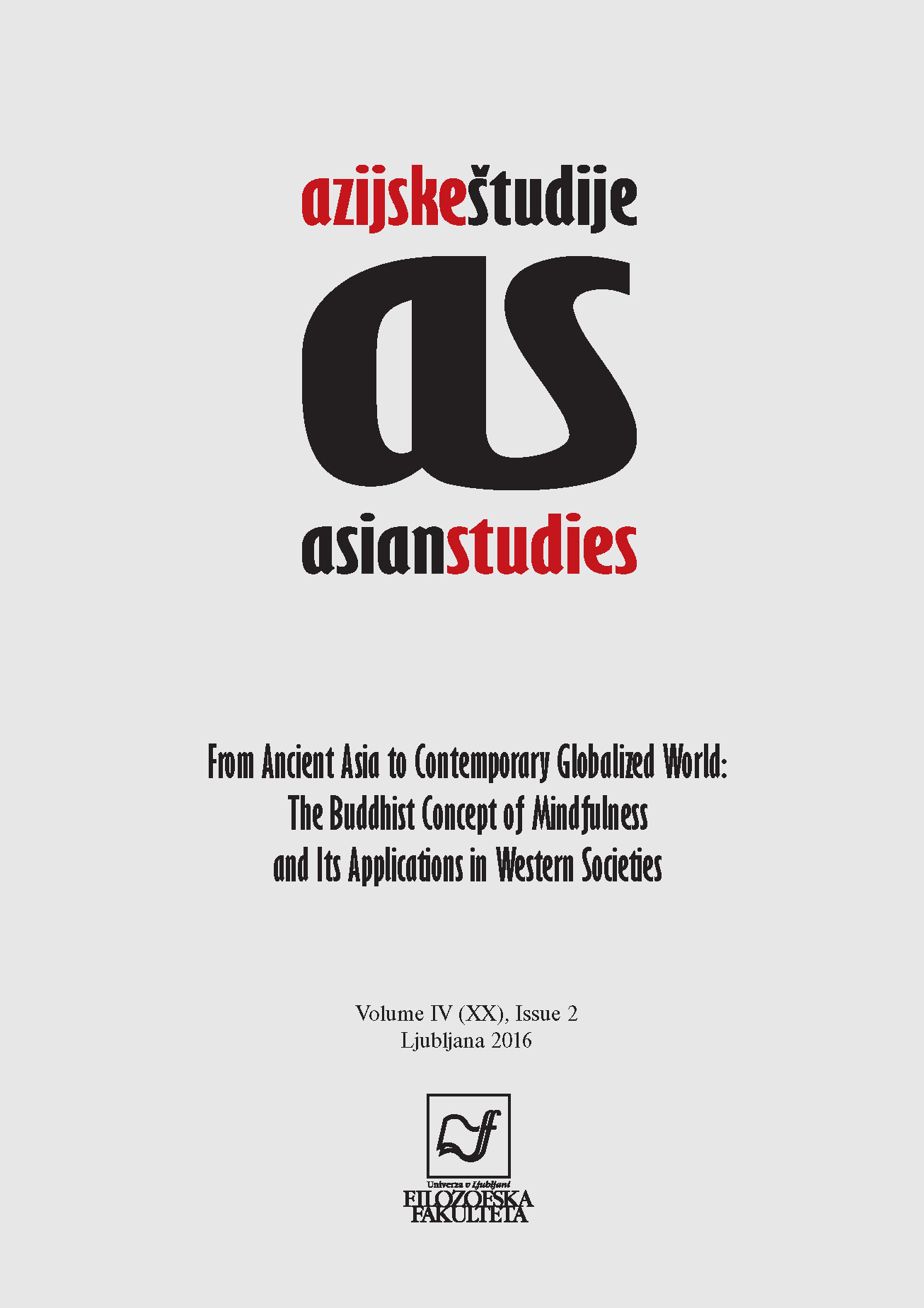 Vol. 4 No. 2 (2016): From Ancient Asia to Contemporary Globalized World: The Buddhist Concept of Mindfulness and Its Applications in Western Societies

Traditional Developments in India and China