"Through Minos blocks escape by sea and land / the unconfined skies remain …": The Icarus Figure on the Sepulchral Monuments of Noricum and Pannonia

The motif of Icarus is richly represented in small objects, such as gems and cameos, as well as in wall paintings, but appears only rarely in stone sculpture. As pointed out by Arnold Schober, it has achieved its greatest popularity in Noricum and especially in Pannonia: outside these provinces, a larger number is represented only in Regio X Venetia et Histria. Icarus is accompanied by Daedalus or one of the Parcae, who is attaching wings to his arms.

The majority of the statuettes shows Icarus standing, naked or draped only in a chlamys, with large wings attached to his shoulders. Since the Roman Empire has so few representations of the young hero just before or during the fight, Schober has labelled this motif as a special feature of Norico-Pannonian sepulchral monuments.

Most of the statuettes were found in the territory of a Roman necropolis, and they apparently belonged to the decoration of the sepulchral monuments. They usually served as the acroteria of the tympanums of the aedicule tomb, which is confirmed by their more or less rudimentary workmanship and in some cases by a pair of holes in the plinth. Icarus was also one of the rare mythological motifs depicted on the sepulchral monuments of the eastern part of Gallia Cisalpina, where it doubtlessly decorated the acroterium.

Statues were found in the necropolises of Aquileia and Altinum. All date to the Julio-Claudian era and resemble those from Noricum and Pannonia. The theme probably came to the Danubian provinces with a time delay through well-established merchant connections.

The high-quality fragment from Flavia Solva shows sitting on Icarus’ left side a naked woman, usually interpreted as one of the Parcae, who is securing his wings. In this position she replaces Daedalus, who is sculpted beside Icarus especially from the 5th  century BC onward. She might be an allusion to Icarus’ premature death. An almost identical composition is found in a wall painting from Echzell (Germania Superior), where the Parca is replaced with Daedalus, and on a sarcophagus from Asia Minor depicting Icarus’ life.

Based on the narrative cycle of Icarus’ life on that sarcophagus, Salvatore Calderone has pointed out a Neoplatonic explanation of the myth: that the fight and fall could symbolise the soul which goes into the sky, from where it falls to Earth again. As Icarus in the Danubian provinces is never shown falling but rather flying or about to take wing (the only exception being the relief from Carnuntum), the image may express a Neoplatonic thesis and the apotheosis of the deceased. The provinces display at least three elementary types: Icarus standing alone with outstretched winged arms – this type probably derives from Aquileia; Icarus in relief, together with the Parca or Daedalus; and the bust of Icarus in the tympanum of the stele or acroterium. The fragment in Joanneum has most probably arrived from one of the Attic sarcophagi, where the Parca often appears by the side of the protagonists who die prematurely. 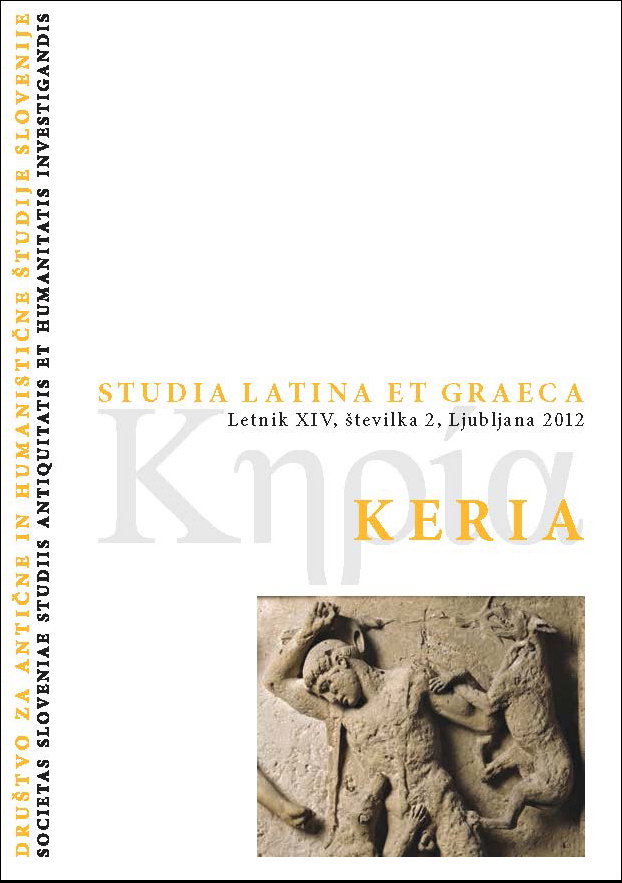