Codification of the spoken language : an example of contemporary Slovene

The Slovene language is often presented as a national element. Even in the 19th century, which saw the Spring of Nations and the United Slovenia project, the Slovene language was a constitutive element of the Slovene nation. In the meantime, the Slovene language was positioning itself as an all-Slovene language, trying to be supra-regional. By the end of the 19th and early 20th centuries, the Slovene written language had stabilized, while at the same time the spoken language had only begun to assert itself. During this time, the prevailing principle was to "speak the way the language is written." In the mid-20th century, the theoretical idea of a literary language that is based on the central Slovene-speech (i.e. the speech of Ljubljana) came to dominate. In the third millennium, the question is whether a regionally-defined speech can be used as the basis for a Standard language. Another central question is what this "suitable" regionally-conditioned speech would be like. The principle of how important, decision-wise, the centre of a nation is, when it comes to questions of linguistic norms, may seem very attractive and, to a certain extent, logical. However, even examples of historically and linguistically comparable languages do not support the theory of creating the norm for the Standard Slovene language, based on the contemporary speech of Ljubljana, as claimed by Toporišič in Slovenska slovnica and, later, in Slovenski pravopis. Within Slovenia, the Standard Slovene language is tied to written language, which has proven, in the past, to be a suitable way of setting the norm. Regressing back to the principles of standardising a language, based on regional variants, would be unproductive, would introduce needless discord, and would cause problems with everyday, public communication. Contemporary research of actual speech, a portion of which is also presented within this article, confirms the all-Slovene and regionally-independent character of the Slovene Standard language. 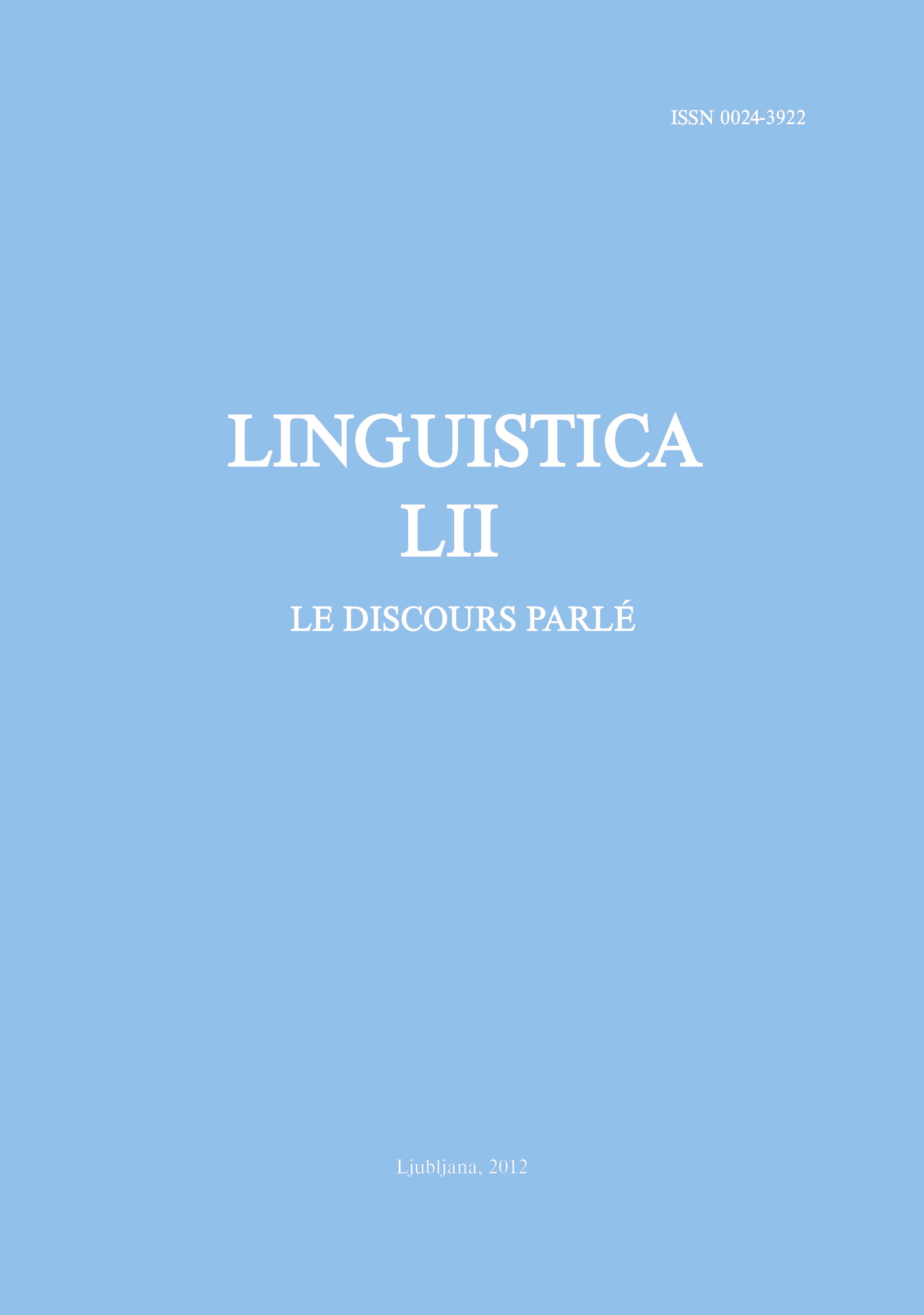