ON SOME ASPECTS OF GERMAN AS A CONTACT LANGUAGE WITH SLOVENIAN

The heterogeneity of language contacts between German and Slovenian in the past as well as at present can be seen in the frequency, intensity and diversity of contact phenomena. Centuries-long language contacts have left many evident signs. Over the past thirteen centuries, the Slovenian ethnical territory has been the destination for German speaking persons of different occupations and social status: nobleman and clergymen, craftsmen and public officials with their families, as well as settlers of peasant origin in Zarz/Sorica, Deutschruth/Rut and Gottschee/Kočevsko. In 1918, when the new state of Yugoslavia came into existence, Germans living in the Slovenian ethnical territory, together with the German speaking population in Abstall/Apače, were given the status of minority. The linguistic enclave of Sorica had already undergone the process of assimilation, whereas Gottschee, the largest linguistic enclave, disappeared with the resettlement and displacement of its members after World War II.
Slovenian is one of several languages with which German has been in contact both in the southern edges of the German speaking territories (Austrian Carinthia, Styria), where it has also been present as an autochtonous language, as well as in the German-speaking world, where it has been one of the many emigrant languages since the second half of the 19th century.
In terms of different varieties of German, it can be shown that, diachronically speaking, Slovenian has been in contact with all High German chronolects, whereas from a diatopical point of view, Southern Bavarian dialects have been of particular significance. Diastratically, Viennese German has played and important role, as testified in several words that came into Slovenian at the time of the Austro-Hungarian Empire. Additionally, intense language contacts can be detected in place names in both languages. German-Slovenian toponymic pairs are a reflection of historical as well as contemporary bilingualism. 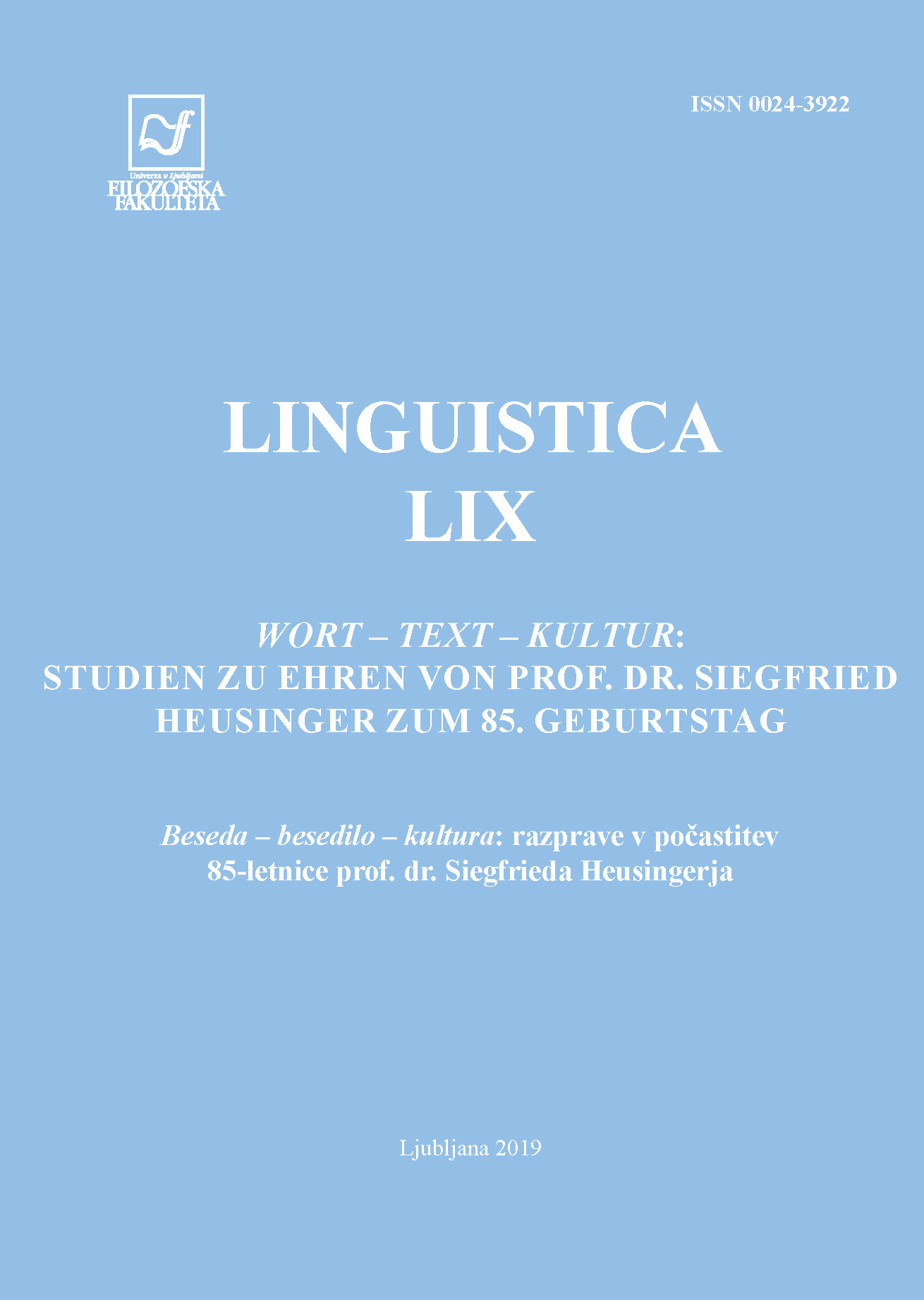